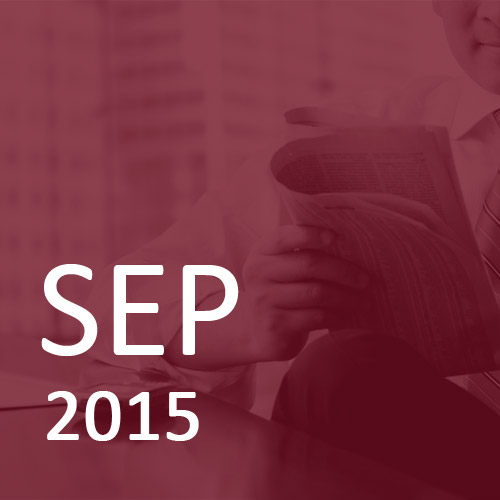 Just as investors were rubbing in the sun-cream and preparing for the summer break they were hit by a perfect storm. With markets nervously anticipating the first rise in US interest rates since 2006 it was becoming ever more apparent that many of the world’s economies were slowing down. Commodity prices continued to fall (the price of oil had fallen for the sixth straight week) hitting emerging markets hard and, to top it all, investors were losing faith in the Chinese authorities’ ability to manage the economy. Shares fell sharply around the world and despite a token recovery developed markets ended the month 5-6% lower with Asia and emerging markets suffering bigger losses. The UK’s FTSE 100 lost 6% over the month.

We warned in our last commentary that the way in which the Chinese authorities respond to crises was becoming a worry.  On this occasion the response to further signs of slowing growth was to devalue the currency for three consecutive days. The currency had appreciated sharply for some time on account of being linked to the US dollar so the move was a reasonable one, but it shook investors who now feared a currency war. Chinese shares fell by over 15% in two days triggering panic-selling across the globe.

The dichotomy of economic growth continued; Canada joined Russia and Brazil in recession just as second-quarter growth in the US was revised up to an annualised rate of 3.7%. Whilst the US Federal Reserve was clearly undecided on when to start the process of raising rates, central banks in Russia, Canada and China all cut rates during the month. Following the European Central Bank’s early-September meeting President Mario Draghi revised down their growth and inflation projections for Europe and reiterated the Bank’s willingness and ability to take whatever action was necessary.

The summer period can be notoriously volatile and August certainly proved to be the case. Much has been written as to the reasons for the dramatic, and frequent, market moves and whether we are now entering a bear market. We’ve been on record for many months warning about a likely correction, though we didn’t know when or what the eventual catalyst would be.

Many of the concerns being aired in the media (slowing Chinese growth, falling commodity prices, the US getting closer to raising rates) are valid, but let’s not pretend that they suddenly materialised in the third week of August. Investors had become overly complacent. At the start of the month the VIX (an index that gauges the level of fear in the market) was trading at the year’s low, and July had witnessed net equity fund purchases by UK retail investors of over £2 billion-the highest for 15 years.

We feel that it will take a while to discern whether this mood-change is any more than a summer ‘ambush’, exaggerated by computerised trading (High Frequency Trading) and selling of some large positions in illiquid markets. Stockmarkets have now had a long overdue correction, with the FTSE 100 falling by nearly 20% to its intra-day low, but it concerns us that all the macro issues that led to August’s sell-off remain unresolved.

One of these issues might at least be deferred next week when the US Federal Reserve meet to decide on whether to begin the process of raising rates. Opinion remains mixed with some arguing that it would be foolhardy to raise rates whilst markets remain so nervous. Others counter that it would be a sign of confidence in the US economy if the Fed’ were to begin the process.

We used the sell-off to add to our position in Europe on some of the higher-risk funds.  However, we remain underweight in Europe and have set greedy levels where we’d be prepared to invest further across the funds.

Over the month our portfolios held up well compared to dramatic market falls. This was due in part to our cautious positioning in less volatile sectors but also to good fund selection.

Our overweight positions in property provided a cushion against falling stockmarkets, producing small positive gains, as did our gold funds.