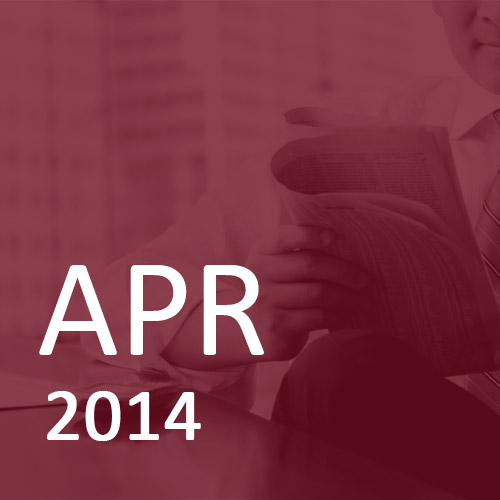 Stockmarket volatility continued but with more variety than last month. Emerging markets fared better than the developed world where Europe and Germany in particular fell as the Crimean crisis escalated, but rallied towards the quarter-end.

However, whereas European shares rallied hard when a German member of the ECB gave the strongest hint yet of the possibility of a European QE programme, the UK stockmarket remained close to the month’s low.

Key manufacturing surveys showed an easing of the recent strong trend, and inflation continued to fall across the developed world.

The UK budget was a pretty mundane affair until the Chancellor announced changes to ISAs and annuities. This could be seen as an attempt to right a big historic wrong or as a cynical move to boost consumer morale and spending ahead of next year’s election.

The new Chair-woman of the Federal Reserve, Janet Yellen, began her reign with an air of confusion. At the monthly meeting of board members she prompted fears of an earlier than expected start to interest rate rises, but she ended the month in more conciliatory manner saying that there was considerable slack in the economy and that the Fed’ would continue to support the recovery for ‘some time to come’. US investors were unfazed by a further $10 bn a month of QE tapering and the S&P 500 ended the quarter just below its recent record high.

The UK economy in particular looks to be in good shape and for now looks less vulnerable than most other developed economies. Chancellor George Osborne will do his utmost to ensure a period of strong growth ahead of the 2015 general election.

We’re a bit more cautious on the US, but this is the market hitting new highs so we will continue to remain invested for now.

We expect further stockmarket corrections over the course of the year and will look to use a more meaningful sell-off as a buying opportunity.

Bond yields in our view still remain too low to compensate for the risk of capital loss; we think that property currently offers better returns.

The ongoing search for income has driven the price of high-yield bonds to a level that no longer reflects the level of risk involved. For now this remains the most popular bond sector but we are turning increasingly cautious.

On our lower-risk portfolios we continue to prefer a blend of equity income, property and absolute return funds to fixed interest assets.

We took advantage of the relative strength in technology funds to switch into the Artemis UK growth and Standard Life UK Unconstrained funds; part of this switch was funded from the partial sale of Insight Absolute Return fund and resulted in a slight increase to our equity exposure.

We halved our position in the Jupiter Strategic bond, switching into the M&G Strategic Corporate bond. Despite the similarity in the fund names the effect of this move was to reduce our exposure to high-yielding, low-rated bonds in favour of bonds with higher credit ratings.

We remain happy with our small holding in gold and commodity stocks although this month gold gave back some of its recent gains.