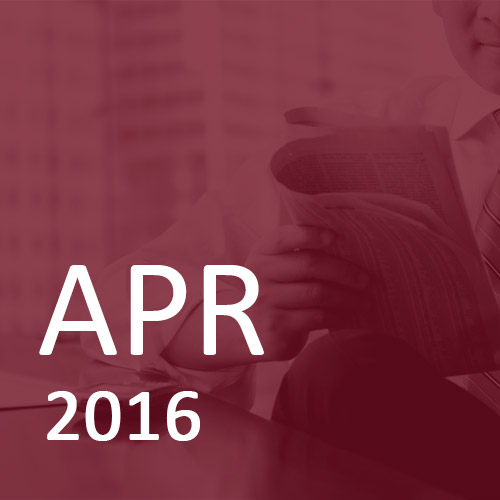 There was a little bit of something for everyone this month. The price of oil rose, long enough to give a boost to equities, before returning to end flat on the month; equities kept their gains to varying degrees and although government bonds were broadly flat corporate bonds rallied on better sentiment. Surveys suggested that manufacturing had improved on the previous poor month across many countries but that the service sector was slowing. Meanwhile the main central bankers offered ‘forward guidance’ in both directions!

President of the European Central Bank, Mario Draghi, didn’t disappoint markets this time around; he combined a further cut in interest rates (to -0.40%) with the announcement of an increase in the monthly amount, and the scope, of further asset purchases. He did, however, put a temporary dampener on markets with a subsequent comment that he thought interest rates had now ‘bottomed’.

The US Federal Reserve Bank’s forward guidance is currently one of ambiguity. Chair of the Board of Governors, Janet Yellen, is clearly in the ‘wait and see’ camp; her latest speech reiterated the need for caution in raising rates, citing unfavourable market conditions, weak overseas growth and an uncertain inflation outlook. However, comments from several of her fellow governors over the past few days hinted at a lively debate when they convene later this month.

Weaker data in the UK was attributed to an unwillingness to commit to new projects given the current uncertainty ahead of June’s referendum on the UK leaving the European Union. During the month the Bank of England commented that it had plenty of scope to control monetary policy if needed, including a cut in rates or further asset purchases (QE). They did feel, though, that rates were more likely to rise than fall.

In the UK, Chancellor George Osborne used his Budget to pay tribute to Paul Daniels, conjuring up a surplus by 2020 despite lower growth projections and the obvious political need to bribe voters ahead of the likely next election.

Perhaps the one change to the picture since last month has been the US Federal Reserve erring more on the side of caution. That’s the view from the top but there are dissenters. The implications are that if global monetary policy is no longer diverging then the US dollar might continue to weaken. This in turn removes some of the concerns over emerging markets; we’ve seen signs of this already over the past couple of months. Conversely, a stronger Yen has hit Japanese shares hard, even harder in local currency terms.

Each month sees the release of a series of Purchasing Manager Indices for manufacturing and service sectors on a country by country basis. These are based on submissions by companies relating to their current experience of prices, new business, jobs and current business activity. The tricky bit is that for months most readings have been swinging around the 50 level, where a reading above 50 suggests an expansion of growth but below 50 raises fears of a contraction. The UK is above 50, just. There’s no denying that the uncertainty over ‘BREXIT’ is having a dampening effect on UK growth and that it’s reasonable to expect this to continue at least until the Referendum in June.

We see little merit in debating the market or economic pros and cons of BREXIT as no-one really knows-forecasters have a hopeless record when things are normal so how can they hope to get this right. In terms of what’s happening in the markets, we’ve already seen a weaker currency (Sterling fell to a 28-month low on a trade-weighted basis) and a lagging equity market. Only hindsight will tell whether this has sufficiently discounted a ‘leave’ vote and thus how markets will react to any given result.

On our higher-risk portfolios we sold the First State Agriculture fund, which will close in May, switching into the Sarasin Food & Agriculture Opportunities fund.

With government bond yields at, or close to, record lows we switched out of the Legal & General All Gilt Index into the Standard Life Short Duration Global Index-Linked fund. This fund is less exposed to changes in yield and provides some protection against a future rise in inflation.