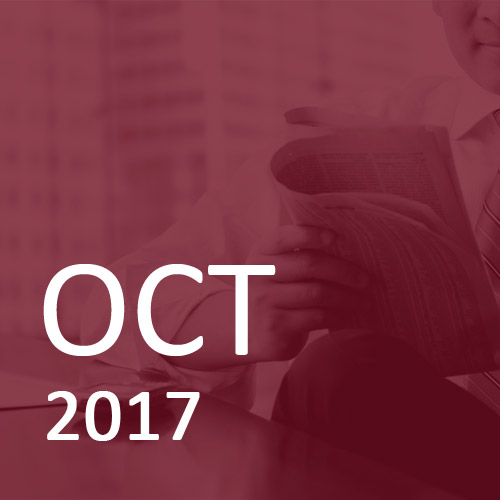 September brought an autumnal chill to markets as noises emanating from leading central banks were taken to be slightly less accommodative; the US Federal Reserve indicated it would start to reduce the level of bond purchases in October while the Bank of England hinted at the need for rates to rise in the coming months. In Europe, the market expects an end-of-year reduction in quantitative easing.

At the September meeting of the UK’s Monetary Policy Committee (MPC) the interest rate and the level of asset purchases remained unchanged, but an accompanying statement warned that ‘some withdrawal of monetary stimulus was likely in the coming months’. With no October meeting, this was seen as a likely 25bp rate hike in November, prompting an immediate rise in sterling and fixed interest bond yields.

Sterling’s strong performance translated gains of 2-5% in overseas markets into losses of 1-3% in sterling terms. Domestically, share prices were fairly flat but with medium-sized firms rising by around 2%; fixed interest bonds fared worse with government bonds falling by 3-4%.

The European Central Bank (ECB) was more restrained in its policy announcement. Whilst acknowledging the strengthening economy, there was concern that the stronger euro could keep a lid on prices; the ECB’s sole mandate is to ensure inflation below, but close to, 2% (it’s currently at 1.5%). Minutes from the latest meeting reflect a need for continued accommodative policy to get inflation up to target. The ECB is expected to indicate the size of bond purchases for next year before the year-end.

Early October has seen stock-markets pushing higher with the major US indices, fuelled by signs of economic strength and renewed optimism over tax cuts, repeatedly hitting all-time highs. This euphoria didn’t extend to Spain where investors took fright at the escalating conflict with Catalonia.

Two of the top central banks, the US Federal Reserve and the Bank of England, have alluded to a need to start the tightening process. To be clear, when this happens it will technically be ‘tightening’ but a better description would be ‘slightly less loose’, and this is a country mile from a ‘tight policy’. The US is ahead of the pack, having already begun the process of raising rates, and will reduce the level of monthly bond purchases from this month. If the Bank of England does raise rates, and that is by no means certain, then all it will be doing is reversing the ‘panic cut’ following the Brexit referendum. Europe, for its part, is in no great rush.

What this will do to markets initially, is to confirm the move to a gradual reduction in stimulus; the underlying effects are unlikely to be catastrophic, and there are likely to be periods where weaker data point to a postponement, or even reversal, of policy. The Bank of England and the European Central Bank have made it clear that they’re prepared to loosen policy further if conditions dictate.

As always, politics provide plenty for those keen to look beyond the central bank ‘free money’ story. The UK is in disarray, Germany must contend with possibly months of Chancellor Merkel building a workable coalition, which may involve compromising some existing policies, and Spain is faced with a tricky situation in Catalonia.

Currently markets are pushing higher by the day-almost any news is good news! It may be that the trillions of dollars/ euros/ yen/ pounds of stimulus are finally working and that we enter a Goldilocks world of steady growth and low inflation. Alternatively, we could be in the throes of a ‘blow-off top’ where the long-term bears finally admit defeat and close their short positions. That’s when the market could be ripe for a correction!

Our income portfolios switched part of their property exposure into a UK Infrastructure fund, further diversifying risk whilst picking up income.

Our overseas funds detracted from performance due to the translation effects of the stronger currency. The notable exception here was our Japanese exposure where the fund hedges back into sterling.

As uncertainty over wider geopolitical and economic issues continues we anticipate an interesting and possibly volatile autumn. We’re maintaining diversified portfolios with the capacity to take advantage of opportunities when they become available.