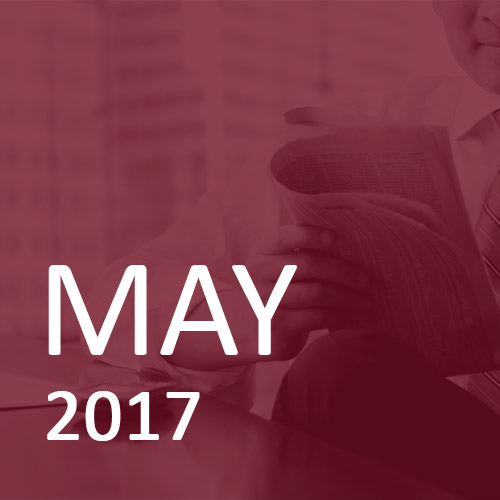 Rising prices but no rise in interest rates

UK inflation is well above its official target rate and rising, but the Bank of England voted over-whelmingly to keep rates unchanged-again!

This week’s release showed UK headline inflation rising at an annual rate of 2.7%, considerably above the Monetary Policy Committee’s (MPC) target of 2% and just below their upwardly revised forecast of 2.8% for the fourth quarter of 2017. Yet there is no talk of raising interest rates either from the MPC or the wider bond market.

It’s the wrong type of inflation

The bank argues that the current level of inflation is mainly attributable to two factors:

The Bank’s view is that it could tackle the second of these (raising interest rates would probably lead to a stronger currency), but that would be taking a huge risk with growth and jobs at a time of great uncertainty surrounding the Brexit negotiations.

Further, real wages (wages adjusted for inflation) are falling and squeezing an already overspent consumer sector. Raising interest rates now would add to consumers’ misery when, like it or not, we rely on consumer spending to boost domestic growth.

Prices from the UK bond market show expectations of only one 0.25% rate rise by mid-2020, although last week’s statement by the Monetary Policy Committee did say that “If the economy follows a path broadly consistent with the May central projection, then monetary policy could need to be tightened by a somewhat greater extent over the forecast period than the very gently rising path implied by the market yield curve underlying the May projections.”

This would suggest that the MPC share the general view that bonds are too expensive, but this view in general is neither new nor a secret. Many of us have seen little value in fixed interest for several years and yet bonds remain close to record levels.

We believe that for now the need for income out-weighs the twin threats of higher inflation and an end to the central bank’s asset-purchase programme. We wouldn’t expect fixed interest bonds to fall too much (prices fall when yields rise); there could be some loss if persistent rising inflation is seen to be eroding the value of fixed interest payments, but how far will yields rise before income-seeking buyers step in? If the interest rate on cash isn’t seen as likely to move much above current levels then short-dated bond funds offering around 3.5-4% will look attractive.

The chart below illustrates that, even though inflation has shot up from 0.3% a year ago to the current 2.7% (with the expectation of more to come) fixed interest bonds have gained over 5%. 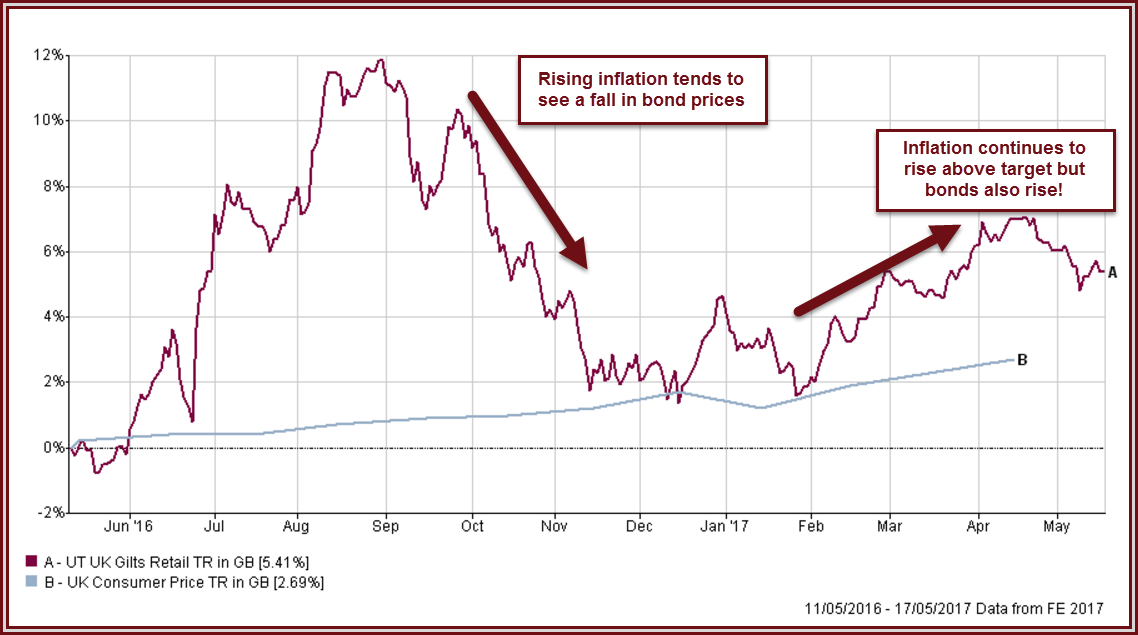 However, we do remain open to the possibility of any number of things causing a correction in bond markets and this is reflected in our positioning as mentioned below.

As regards UK equities, if the Bank does keep rates in check then corporates could continue to benefit from cheaper financing, though there will be other considerations such as the impact of sterling on terms of trade, and the squeeze on consumer demand.

Again, whilst we think a market correction is overdue we can see a case for equities as providers of an income that will adjust upwards with inflation.

How are we positioned?

Where we need to hold fixed interest investments we have very little exposure to rising interest rates. We hold a blend of fixed interest funds with exposure to gilts, higher-yielding corporate bonds, inflation-linked bonds and a fund where interest payments adjust upwards to take account of rising rates.

Our funds hold a spread of equities, with a diverse overseas exposure rising as the fund risk level increases. In the UK, we favour income funds because their dividends can provide more consistent gains, and we like funds that focus on the less-researched mid and smaller sized companies.

Overseas funds provide a useful hedge to a fall in sterling, as witnessed immediately after the Brexit referendum, as well as providing exposure to wider economies. The chart below shows the performance (in sterling terms) of three of our overseas funds verses the Woodford Equity Income fund (taken as a proxy for our UK funds, although some with a bias towards overseas companies performed better). 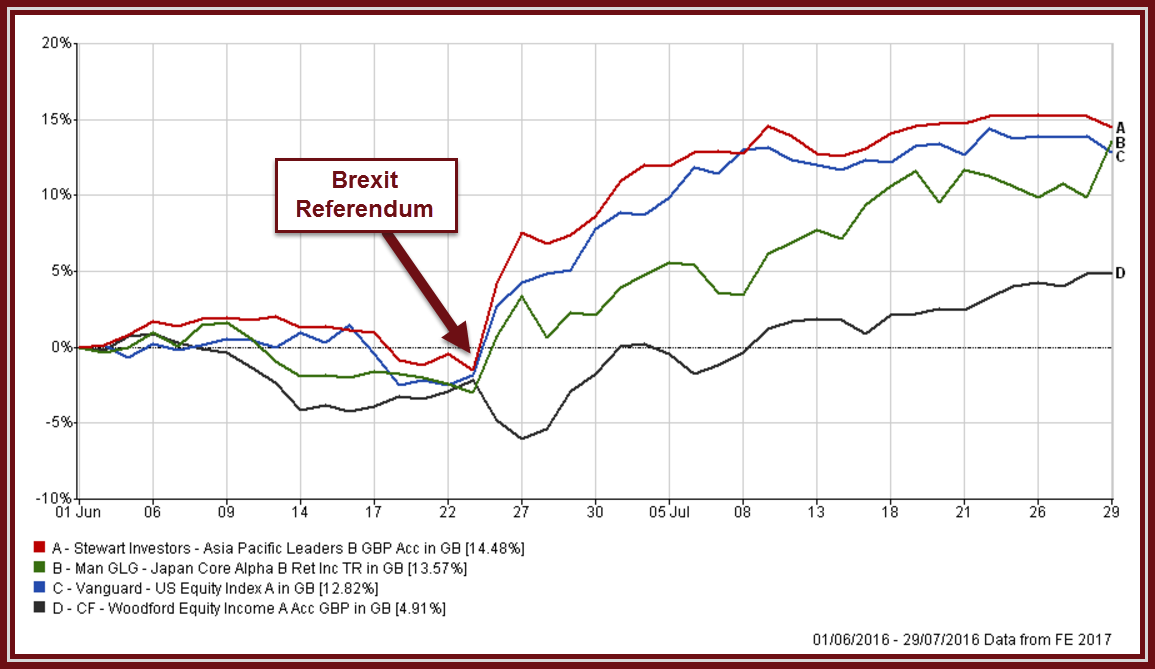 Our aim is to produce robust portfolios of diversified assets, designed to benefit from a variety of different economic, political or investment outcomes.